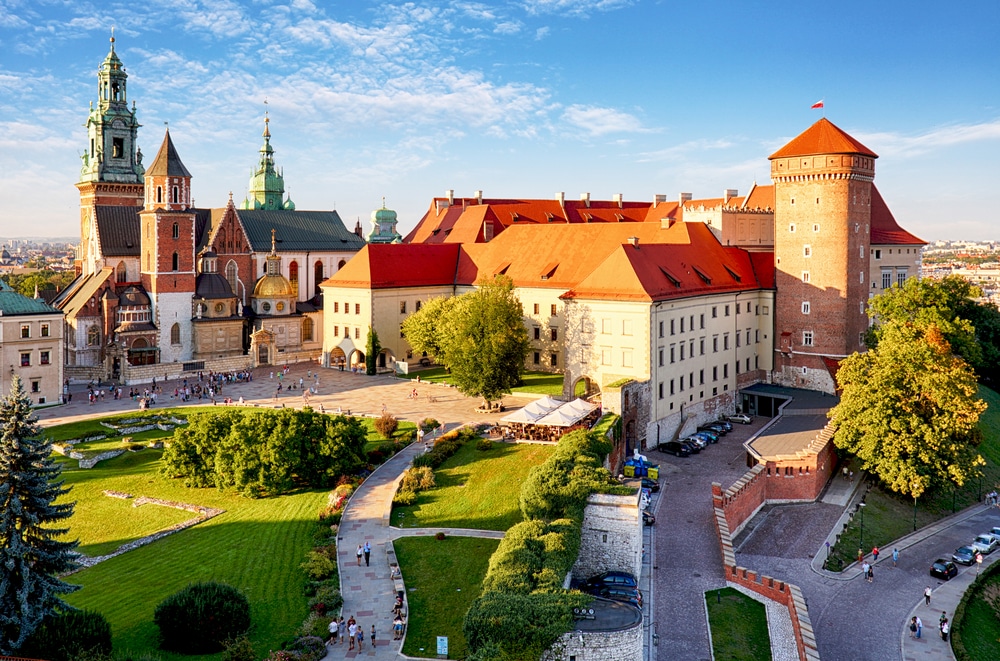 Krakow is located in the southern region of Poland, near the border of the Czech Republic. It is also one of the oldest cities in the country. Legend has it that it was founded upon the defeat of a dragon! Despite suffering hundreds of years of conflict, Poland has survived and is thriving. The country is filled to the brim with culture, history and beautiful scenery. There are so many things to do in Krakow, from sightseeing to shopping to dining. Here are five amazing reasons to take your team to Krakow for your next incentive trip.

The Wieliczka Salt Mine was once an important source of income in Medieval Krakow. Despite the fact that it is no longer used to produce salt, it has become a UNESCO World Heritage site and a huge tourist attraction. The immense mine is full of complex tunnels, huge chambers, chapels and an underground lake. The chambers are filled with art galleries complete with statues carved completely from salt. The mine offers group tours, giving you the chance to explore this unique site. As a bonus, you can have a group dinner or an organized reception at the end of the tour, either in your own private chamber or in the Miner’s Tavern, where you can partake in traditional Polish dishes that are prepared in underground kitchens.

Pay Your Respects at Auschwitz

Just to the west of Krakow, in the city of Oswiecim, lies Auschwitz, the Nazi constructed concentration camp. After the end of World War II, the site was preserved as both a museum and a memorial to the thousands of people who lost their lives there. Visiting this museum, which sees millions of visitors every year, can be an extremely emotional experience, and one that is unlike any other history museum you will ever see.

Get Lost in the High Middle Ages at Rynek Glowny

The Rynek Glowny (Grand Square) of Krakow has been around since the 13th century and is the largest (10 acres) medieval square in Europe. At the center of the square lies the Cloth Hall, one of the world’s oldest malls. The square also contains the Town Hall Tower, the Basilica of the Virgin Mary and all kinds of shops, restaurants, and cafes. The square hosts all kinds of musical and theater events, some of which might be playing while you are there. The square gives you and your employees a chance to really dive into the culture, taste some great food, and buy some one-of-a-kind souvenirs.

Located on Walwel Hill, Krakow’s oldest settlement, Wawel Castle was built in the 14th century. It has since become a museum that stands as a symbol of Polish identity. The gothic castle contains five separate sections. You will also find the only preserved Polish Crown Jewels as well as the Szczerbiec coronation sword. Walwel Hill is also home to the Wawel Cathedral, which contains the tombs of every Polish monarch. The hill itself also has a unique story; there’s a legend stating that a dragon used to live below it.

Gaze upon Priceless Works of Art at Czartoryski Museum

The collection at the Czartoryski Museum was started at the very end of the 1700s by Princess Izabela Czartoryski, who wanted to preserve Polish history in a time when collapse was looming. The building that houses the collection was built in the late 1800s and suffered looting by Nazis. Most of the collection was found. However— there are still over 800 pieces missing, including a piece by Raphael. The museum displays all kinds of famous paintings, including Rembrandts and one by Leonardo da Vinci, weapons, armor, ceramic items and treasures from Egypt, Greece, and Rome.

Krakow is steeped in history, and attending an incentive trip in this city warrants some unforgettable experiences. For help getting the most out of your Krakow trip, contact MTI Events today! We’ve taken groups to Krakow and it is an absolutely amazing experience every single time.