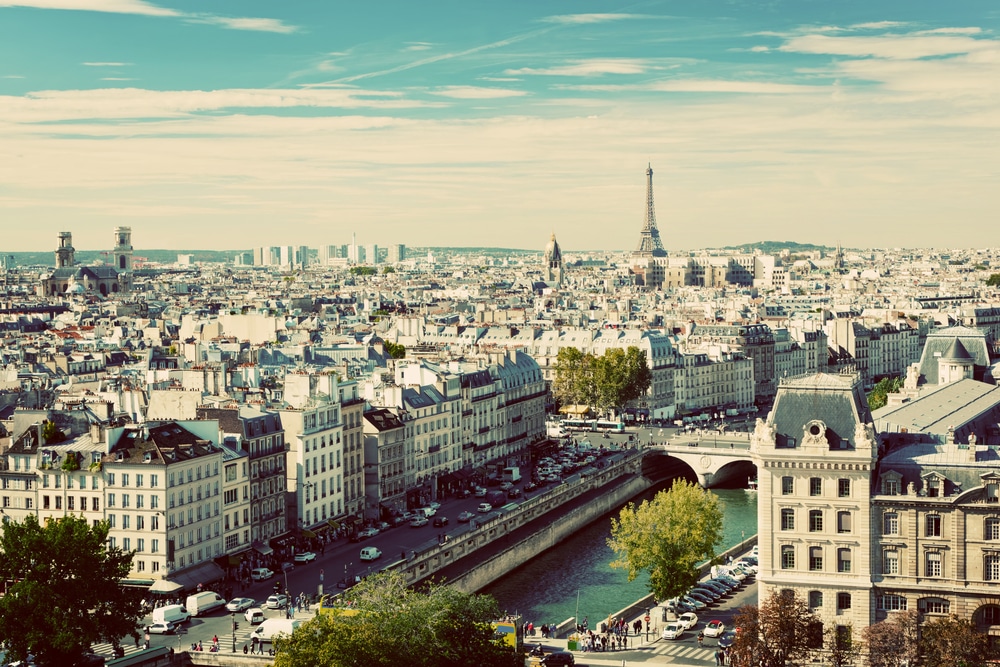 Our incentive group heads to Paris in March of 2012.  My boss actually lived there during her last year of college, so we had a bit of a jump in the “learning curve” department.  By the way, it’s cold in France in October.  Just a little wardrobe tip.

Background on the group. Upper-end business owners who are very well traveled. Last year was Rio, the year before Dubai and South Africa before that.  As I said, very well traveled.  Problem with the incentive travel biz is you always have to keep topping what you did last year.

Want to see a massive airport?  Fly into Charles de Gaulle and start walking.  It is truly the Mother of All Airports.  Delta touched us down almost an hour ahead of schedule. I have to admit that heading out into a very dark Paris at 5:00 am sounded like a horrible idea, but it wasn’t. The Arc de  Triomphe is amazing at sunrise.  Our driver drove the roundabout several times.  I think this was the point when it hit me: I actually made it to Paris.

A Glance at the Eiffel Tower

In the distance is the Eiffel Tower.  Lit like a sign screaming “Paris,” the steel structure towers over the city.  It almost seems cheapened by the lights that flash every quarter hour. Hard to believe that it was intended to be temporary. I’m so glad that they changed their minds.

On our first day, we walked (which is all you do in Paris) to the Louvre. Third, in line and freezing, we met a group of American students who were studying abroad for a semester. Their entertainment was to hop a train every weekend and see Europe.  I was a bit envious, to say the least. Meanwhile, back at the Louvre…There are times that stand out in your life.  Your wedding(s), your kids being born, maybe even your first house.  Add to this grand list: standing next to the Mona Lisa.  Never did I think I would see this world famous painting in person.  da Vinci and I, together again. Imagine that. Of course we made our way through many of the famous exhibits.  It would take a week to see everything.

No trip to Paris is complete without a stop at Notre Dame.  The structure itself is not overwhelming. It’s what’s inside the stone walls that takes your breath away.  Imagine looking at what is believed to be the Crown of Thorns.  Walking the path that millions have walked before you just to see it.  We lit candles for our mothers (it seemed fitting). It was truly an unforgettable experience.

The Energy of Paris

So much of what we learned as kids about Europe happened in Paris.  It’s a magical place full of life, history, energy and tiny little streets that you could spend weeks exploring.  The cultural diversity of Paris makes the experience even more flavorful.  Use the subway to explore; it is the signature mode of transportation for the city.  This is where you meet the real people of Paris.  Including the pick-pockets. Beware. The lines are confusing and twist throughout the city.  The maps on the walls of the surprisingly clean stations are helpful but look more like a wiring schematic.  The worst that can happen is you will end up at the wrong end of the city looking at something else that will take your breath away.

I can’t really say much regarding the cuisine in Paris.  Believe it or not, the one thing you will find on any menu is french fries; I kid you not.  The streets are littered with cafes and small restaurants offering almost anything your palate desires.  From five star, three-hour dinners to a crepe on the run you will find it on the next corner.  I almost promise.

A Word to the Wise

One piece of info that has to be brought to the surface.  The French are unique people.  They don’t need Americans and are eager to let you know with their gruffness and attitude.  I’m giving you a minute to let that last sentence sink in.  I wish I had known some of this prior to arriving in Paris. It took me several episodes to understand that I can get as angry as I want about a cab driver or bartender’s attitude.  It’s not going to change.  We know who needs who but somehow shelve that attitude and don’t let it influence your time in what might just be the most beautiful city in the world.