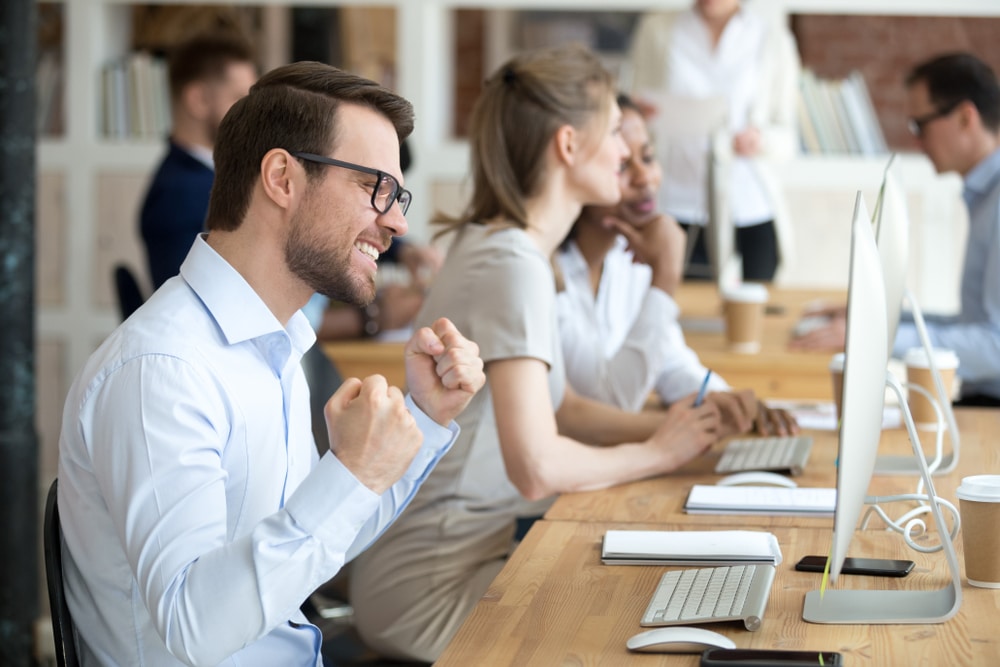 There is a lack of recognizing and rewarding the modern workforce, and it’s making millennial workers abandon ship.

According to a survey by OfficeTeam, a company under human resource consulting giant Robert Half, 66% of workers are likely to leave a workplace where they didn’t feel appreciated.

By sweeping the concern of unhappy, disengaged workers under the rug, a business may suffer some major setbacks. A 2013 report by Gallup revealed, for instance, that unhappy employees cost U.S. businesses between $450 up to $550 billion every year.

So, what can be done to secure the tenure of millennial employees?

Launch a Rewards Program That Caters to Your Millennial Employees

When coming up with a recognition program, don’t limit your selection to gift cards, tumblers, umbrellas, or small appliances.

What drives the retention of many millennial employees is genuine appreciation and support. Here are some reward ideas to help motivate a millennial workforce:

Everybody loves food. Giving your top performers free food gives them something to be excited about. While a pizza party may appeal to young workers, it will quickly lose its magic if it becomes a routine. Try something new every time, like bringing in a private chef, organizing an office bbq, or introducing them to progressive dining.

Whether it’s a concert, sporting event, or a festival, offering an experience is one way to get the buy-in of your millennial workers. According to a study by Harris Group, 72% of millennials would rather spend their hard-earned cash on experiences over material things. By offering access to an event and activity, you’re giving your workforce the kind of reward that they’re likely to cherish and remember.

Allowing your team to show up in casual clothing on a Monday gives them a comfortable start to the workweek. Consider setting flexible working hours on Fridays to make room for their weekend plans or help them avoid the rush hour. By exercising more leniency during the start or end of the week, you’re giving the team something to look forward to.

Encourage Workers to Take Time Off

A survey from Glassdoor reveals that on average, American workers have taken only 54% of their allotted vacation time. Encourage your winners to take time off. By doing so, you get to give them a well-needed rest, while giving the rest of the team a message that taking the time they’ve earned is okay. A well-rested team can create a happier and more productive office culture.

Get help planning out-of-the-box ideas for your employee recognition program with help from MTI Events. We are the corporate event planner trusted by both big and small companies in Kansas City. You can count on us to come up with a strategy that will engage, motivate, and make your modern workforce feel genuinely appreciated.

Learn about what we can do for your team. Contact us today!

It’s time to talk about burnout. Many companies are hesitant to bring up the concept…

The Future of Events: How to Achieve Employee Engagement in 2021

If there’s a silver lining to the COVID-19 pandemic, it’s the fact that innovation will…

Strategy Planning for Bringing Employees Back to Work

From retail stores and restaurants to digital marketing agencies and insurance firms, most businesses are…