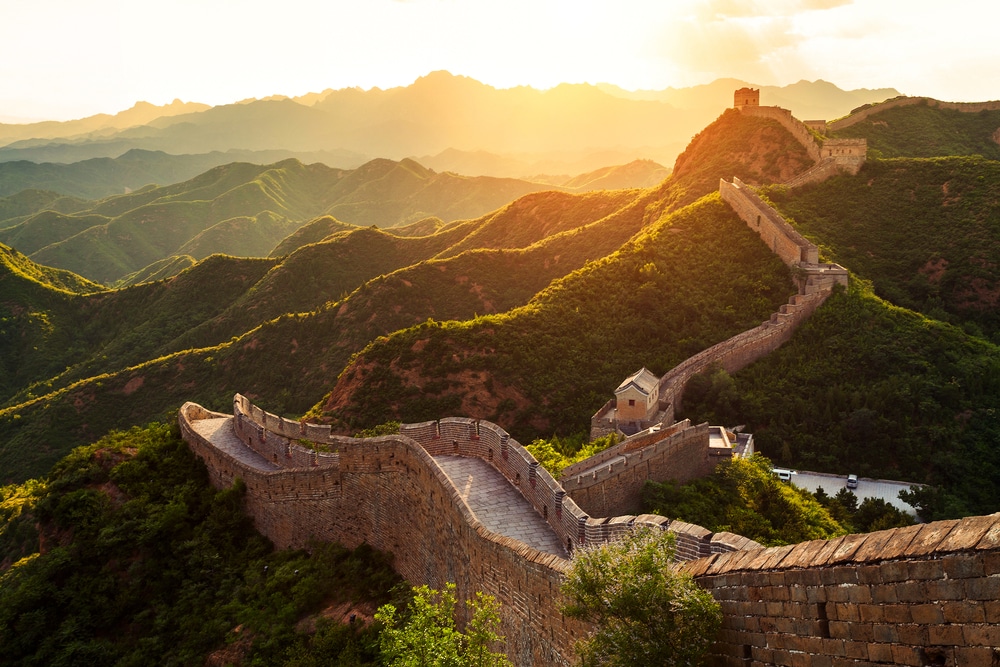 If ever there were a country that could claim “diversity” as its mantra it would certainly be China–a country rich in history, culture, political strife and surprisingly opportunity for a chosen few. The history of China not only fills the pages of travel guides, it fills the streets of its cities at every turn.

Standing upon the Great Wall you get a sense that you’re certainly not the first one to stand there speechless.  Not only does the enormity of the wall itself make one step back but the undertaking itself makes one wonder how to even envision such a task.  The thoughts and ideas carried away after a visit are much more powerful that the photos and the  unavoidable two dollar t-shirts.  ”Hello t-shirt” is in abundance on your way up and on the way down.  It seems a shame to spoil this experience with overbearing alley hawkers until you realize this is probably the attitude that made building the Great Wall a reality.

These people work.  Not the “hop out of bed and strap it on” kind if work. Certainly not the “Billy has soccer practice tonight” planning that the West is used to.  More the “here is my task and I will not return home until it’s done” attitude.

It’s often difficult to remember that you are in a communist country.  The 23 million people in Shanghi or the 20 million in Beijing lend little or no clue that they are being “governed” by one of if not the most ruthless governments in the history of mankind.  This a country that executes those guilty of fraud.  Not a bad idea but probably one that would never make complete sense to Westerners.  If you can get a local to discuss Tiananmen Square and the events of 1989 with you you might have found the proverbial needle in the haystack.  Standing on the spot where reportedly thousands of students lost their lives, parents lost their children and Communism squashed the call for democracy is truly one of the most emotional moments of one’s life.  A guide will hesitate taking a Westerner there perhaps for fear of reliving this nightmare in their mind.  One of a few times that these people’s bright sparkling eyes seem to cloud just a little.

Grossly overpopulated, smog ridden and the majority of its people living in squalor China seems to wake up with a smile.  It seems to continue to grow, despite itself.  Mandated “one child per household” laws, although a century too late, keep the headcount just above “explosion level”.  All of these things make you wonder about China.  They make you want to roam the streets of Beijing and Shanghai in search of a new adventure or historical sight and maybe even a great little cafe to just sit and watch its people.

How to do Incentive Travel the Affordable Way

Want to give your employees an incentive trip but are worried about the costs? Read on for 5 tips to make incentive travel more affordable!

There are many brave men and women who travel to southern Africa, down to the…

3 Must-See Places in Aruba for Your Next Corporate Trip